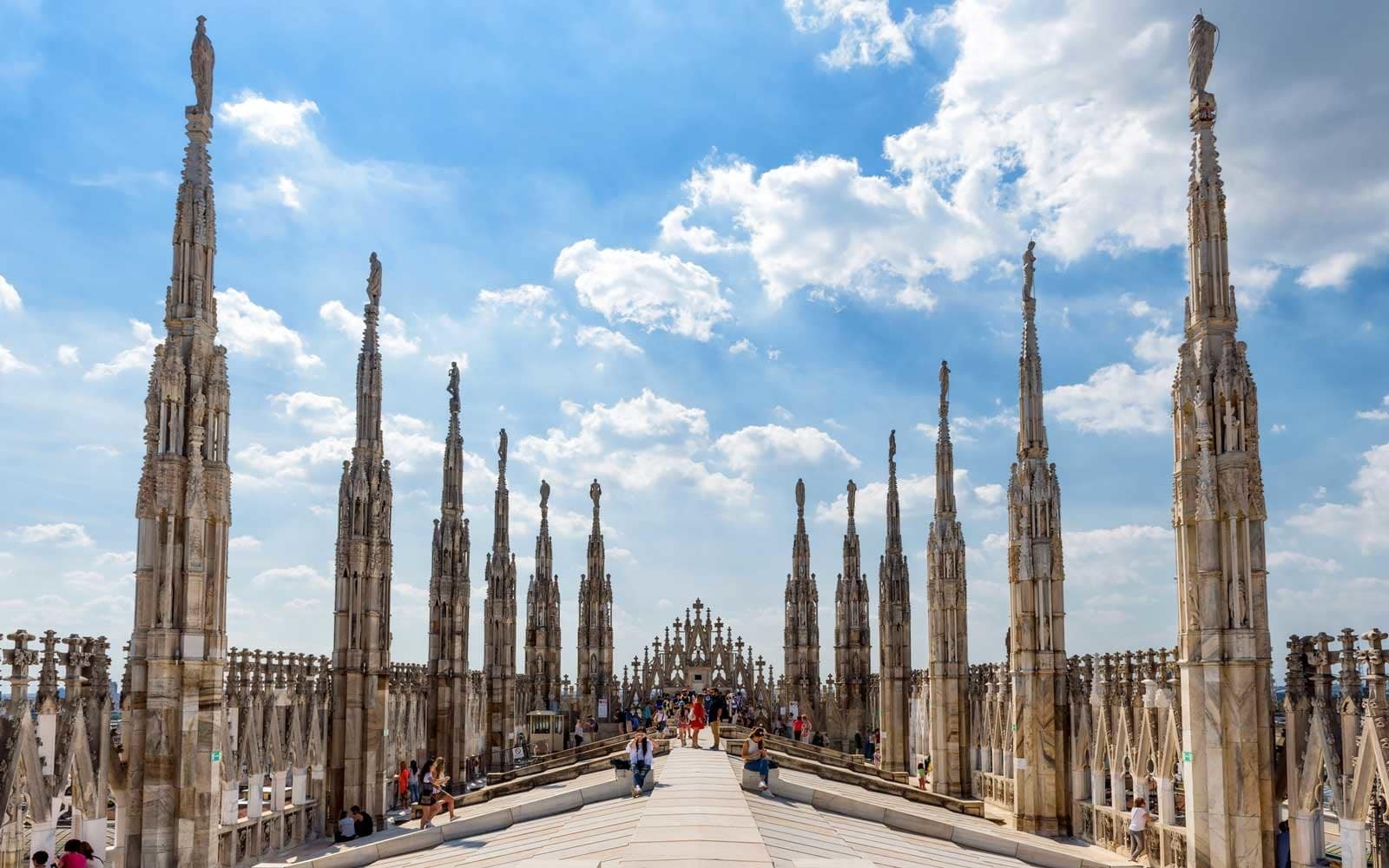 Enclustered among San Babila, Porta Romana and Missori, this place is known as a garden, but it can be considered at its own right a small park in the heart of the city. This garden was the site of a College, so it has been closed and not accessible to the public for centuries. It is now open and it is a peaceful and relaxing place for the Milanese: during the warm seasons it’s not uncommon to see workers having their lunch- break here on the benches when it’s sunny, or students on the grass after university in the afternoon, while if it snows in winter it turns into an incredible white expanse for snowballs. Anyway, the Giardini della Guastalla have not lost their original aristocratic semblance: in the centre there is a noteworthy baroque pull of water with a big pond, surrounded by two staircases of white granit, and an elegant series of little classical statues. The vast majority of those who usually attend this garden have found it absolutely by chance and are now in love with this secret gem. Make sure you become one of them!

Within walking distance from Corso Venezia and Palestro subway stop, a green… and pink gem hides. We are in the Quadrilateral of silence, and Villa Invernizzi represents one of the many magnificent liberty residences set in this elegant, quiet, relaxing and hidden quarter, full of wonderful houses and locations. Between them, Villa Invernizzi stands out for a unique and incredible detail: from the street you see a big garden that hosts a big family of flamingos, with grass, trees and a large pool of water for them! This makes Villa Invernizzi one in a million. The flamingos have been staying here for many years now, and they don’t feel like flying away at all. Then again, who would like to leave a place like this? The Milanese love this uncommon and funny detail, but, even if it is possible to spot some curious looking through the big iron gate to take some photos every now and then, the Villa is still almost unkown to the general public. Spending a few minutes in front of this idyllic oasis will make you forget that you are a few feet away from the crowded city centre. Unfortunately, the house is not open to the public, but the garden can be seen from Via dei Cappuccini. We have chosen Villa Invernizzi among all the others for this unique animal-like presence, but of course a full tour of these streets around the various villas is encouraged. Have a good walk!

Milan is an important cultural city, and there are many art centres hidden around the city. An artistic and cultural hidden gem is without any doubt the Casa Museo Boschi Di Stefano, located in Via Jan, only a few steps away from Piazza Lima in Corso Buenos Aires. Here, inside an elegant building, you will find a home- museum filled with unique pieces of arts, the result of the personal collection of the two owners of this apartment in the past century. Here around 300 paintings, sculptures and drawings out of their total collection of more than 2000 pieces are on show: it is a real museum! The collection is an excellent example of the Italian art from the 1920s to the 1960s. So, here are some wonderful works of Boccioni, Morandi, Lucio Fontana, Carrà and many others. Anyway, not only is this home — museum impressive for the art, but also for the pieces of furniture which decorate all the rooms. Before their death, Antonio Boschi and Marieda di Stefano expressed their will to transform their home into a cultural foundation, and so it is today. An hour or something more here will be a great pleasure and the discovery of something totally unexpected: Casa Museo Boschi Di Stefano is a hidden gem with a treasure inside

A few steps from the well-known marketplaces from Naviglio Grande, there is this corner that remind us of the past of the city. As its name indicates, Vicolo dei Lavandai (in English Washers´ Alley) is the place where milanese men and women used to offer washing services till the ´50s. Even if both genres participated in this activity, the building was conserved as a memorial to the male part of the workers because of their protagonism on this labor during the decades. Far from the big iconic buildings, galleries and churches, this is a perfect reminder of a part of history that cannot be often seen in Milan. Not only its story, but also its colors take us to the times when community activities where an important part of the city life. This structure, that is recommended to visit during the morning or afternoon, maintains its original shape, making the visitors feel like time hasn’t passed. As for nowadays, inside the building where different washing products used to be sold, there is the restaurant El Brellin that conserves its original atmosphere. Also, from some years ago different painters and art exhibitions can be found often in this place. This little piece of story is not only a perfect spot to those who love taking pictures, but also a testimony of decades of work that are an important part of Italy´s life.

Take a detour to the east of Milan, not very far from the city center and just a few steps away from Corso XXII Marzo is Via Abramo Lincoln. Via Lincoln is the place where nature meets city, where time seems to have been stopped, only one glance is needed for Via Lincoln to be remembered. As a district, it was devised as a “garden city project” in 1889 where artistic and creative young adults could feel away from the growing Italian metropolis and its mess. Over the years its inhabitants have transformed it into a colorful and nature-filled small paradise. Owners have embellished their properties with bright red, orange and even yellow colors, generating a characteristic vibe and look for the street. Visitors may have bumped accidentally to Via Lincoln, but despite of not being a touristic location, it hides the most colorful spot in Milan, showing that not all big cities are grey and dark.

From the outside, la Chiesa di San Maurizio al Monastero Maggiore located in Corso Magenta may not seem like much, but the inside ensures to take the breath away. The church is such a beauty that it has deserved the name of “Sistine Chapel” of Milan, and itself is adjoined to the oldest female monastery in the city: The Benedictine nuns; and was built in 1503, but wasn’t finished until 1518 by Cristoforo Solari.

Wonder what is it that makes it a must see spot? First: the art. From top to bottom, all the walls and ceiling at San Maurizio are covered by the master hands of Bernardino Luini and his sons, Paolo Lomazzo, Ottavio Semino, Callisto Piazza and Simone Peterzano. A simple glance is not enough to take all the beauty the church has to offer. Second: The division. Considering it was adjoined to the Benedictine nuns, the church’s rectangular nave is characteristically divided into two sections. The first section mapped out for the congregation, while the second was intended for the cloistered nuns choir. Just imagine being present when all those faceless voices filled the air with music.San Maurizio Church is more than a worship place, but a place where faith meets art and milanese history and where one can step into the past for a few minutes too..